welcome to beyond agronomy!

If you plant a cool season cover crop, odds are it has some kind of grass in it. When you think of grass, you may think of perennials, but we are going to focus on cool season annual grasses planted in the spring or fall! Cereal rye, annual ryegrass, oats, barley, and triticale are all examples of the cool season grasses we are talking about below. What can these grasses do for you? 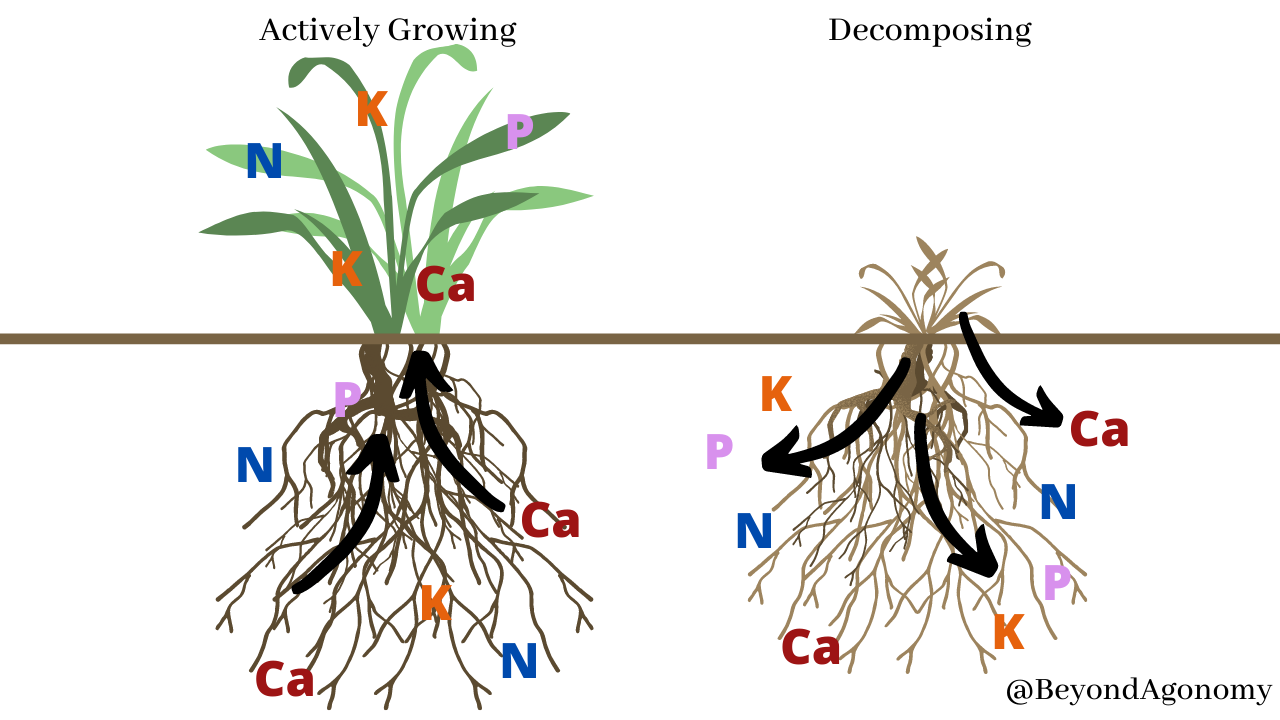 All grasses are known for how much nitrogen they require. Grasses are very good at taking up as much plant available nitrogen as possible. This is the same for cool season cover crop grasses such as oats, annual ryegrass, cereal rye, and more. What is the benefit of this? That available nitrogen is stored in the plant’s tissues instead of washing away or volatilizing. As those plants break down after being terminated, the nitrogen they were holding is released to be taken up by the next crop planted.

Cool season grasses do not just help you hold on to only nitrogen, however. Water-soluble nutrients like calcium and potassium can be brought up from the soil and stored in plant tissues until they are terminated and break down. This protects them from washing away in the same way as nitrogen.

Interested in how to manage manure with cover crops? Read on that here!

The physical attributes of the root system make cool season grasses an important part of a cool season cover crop mix as well. The dense, fibrous layout of the root system is made up of millions of fine roots and root hairs resulting in a high root surface area to come in contact with the soil. This conditions soil physically by growing throughout the soil and creating channels. When the roots break down, those channels are left for air and water to move through. Grass root systems also have a substantial amount of rhizosphere area where the roots can excrete sugars to feed and interact with soil biology. This builds glomalin in the soil which is how soil structure is improved.

The growth habits of grass root systems explained above physically hold soil in place with their structure. This reduces erosion while the plant is actively growing and while the residue is breaking down. Even after the grass breaks down, the infiltration and structure improvements that grass cover crops make creates a soil that is more resilient and less erodible.

How do you use cool season grasses in your cover crops?